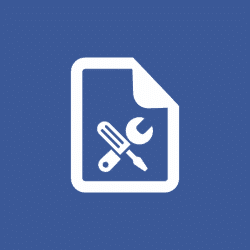 After a long two months of absence, Page Manager has finally returned to the Windows Phone Store!

For one thing, the app icon, which was the reason for the content infringement complaint from Facebook that led to Page Manager’s disappearance, has been redesigned and if I should say so myself, looking good!

The user interface has also gone through some changes for the better.

Now, you might be thinking that all this is well and good, but wondering, what has really changed?

For Page Manager 3, I enlisted the help of a very talented and skilled Windows Phone developer, David Fishlock! You may not have heard of David, but if you’re a Windows Phone user who uses a Lumia, chances are that you have used an app that he’s responsible for creating (along with another developer), the Nokia Music app.

Page Manager has undergone a complete rewrite from the ground up, resulting in blazing speeds across the app and an overall smoothness that longtime Page Manager users will readily notice.

Why was it rewritten from the ground up?

Page Manager 2.3 worked, but it had it’s issues as well, especially with the performance, as well as the bugs that occasionally affected picture uploads and status updates.

I was not content with the fact that users were having these issues and that it was messing with their Windows Phone experience. My limited experience/skillset as a Windows Phone developer meant that I couldn’t fix all the issues  and add new features as quickly as I wanted, not to mention the fact that changes in my personal life (birth of my son Judah) meant less time to devote to Page Manager.

I wanted to deliver a better experience to the user, a more polished app and in order to achieve this, I wasn’t too proud to approach David for help.

David worked very hard and because of his efforts, Page Manager 3 is where it is today.

Pin tile is missing and there are no new features in 3.0! Why?

Yes, it’s true that the pin tile feature from 2.3 was left out of 3.0 and this release has no new features.

In the absence of Page Manager, other developers created similar apps, some even copying the Page Manager name in an attempt to deceive users. From what I hear, the user experience of these apps are anything but ideal. I haven’t tried the other apps and have no intentions of doing so. I don’t need to try them to figure out what I can do better with Page Manager.

Before Page Manager, there was no app in the Store that allowed users to manage Facebook Pages on Windows Phone.

Page Manager met this need for Windows Phone users and through my interactions with users, created a goodwill that other developers have tried to take advantage of. Needless to say, I’m not impressed by this and will not comment further on that.

David and I decided that it was time Page Manager returned to the Store and took back it’s rightful place as the first app and the best app to manage Facebook Pages on Windows Phone! Make no mistake, irrespective of the stunts other developers have pulled, I have no intention of Page Manager becoming “just another app” to manage Facebook Pages. Fighting words? Absolutely!

We have great plans for Page Manager and the best is yet to come.

The missing features are not far away at all. We will make our intentions clear, not just with words, but the rapid release of Page Manager updates!

If you have used Page Manager in the past, I invite you to give Page Manager 3 a chance. Don’t let some missing features keep you away from the first app, the original app, the best app to allow Windows Phone users to manage Facebook Pages natively. I have provided quality support in the past to every user who reached out to me and I have no intention of changing that.

If all of this is not enough to convince you to use Page Manager, well, that’s your choice and I can live with that.

1 thought on “Yes, @PageManagerApp is back!”