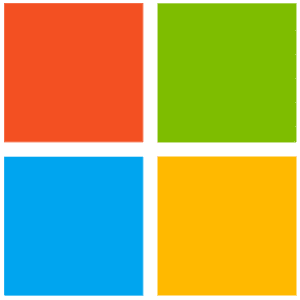 A while back, Microsoft announced that they lost $900 million on the Surface RT.

Many have given up on Surface RT, branding it a flop, suggesting that Microsoft walk away.

Others (like myself) are hoping that Microsoft will persevere and go on to release the next version.

Needless to say, everyone has an opinion on how Microsoft could have avoided this situation.

Many have stated (and I agree) that marketing for Surface RT is partly to blame. I also read that many partners were unhappy with Microsoft because they were not allowed to sell the Surface RT (only a handful could do this). Could that be another reason? Perhaps.

The lack of apps was another reason that was stated and it’s this point that I wanted to focus on.

Before you continue, please take a moment to read this piece that my friend Sheeds from WPDownUnder wrote.

[box] Is this APPgate? Is Microsoft contracting out it’s Windows App volume targets in the US? http://bit.ly/1bSgEcp [/box]

I am grateful that Sheeds wrote this piece. I’m certain it wasn’t the easiest thing to do, considering Sheeds is a huge supporter of all things Microsoft. By bringing such facts to light, I believe it gives Microsoft an opportunity to make amends and do things right.

I wrote the following post at the start of this year. If you haven’t read it, before you continue, please take a moment to do so.

While I focused on the issue from a personal point of view, I believe that what I have laid out, can be embraced on a larger, more global scale.

If Microsoft wants to build their Store up, I’m contending that they will have to build stronger relationships with the community, especially the Indie developers.

I wanted to find out all the countries Microsoft had a presence in. I came across this website (http://www.microsoft.com/worldwide/) and that number turns out to be 121! Now, I know this doesn’t mean that every office is the same or staffed the same or whatever, but the point I’m trying to make is that Microsoft has a huge presence worldwide.

Imagine if Microsoft were to build a strong relationship with the local community in each of these locations?

I have mentioned “relationship” a few times. You may be wondering what I mean by that.

Let me try and explain.

Microsoft is amazing when it comes to holding the huge conferences that we are all familiar with.

They’re also brilliant in organising the occasional workshops and competitions and so forth.

The problem with these approaches are that it doesn’t result in the creation of a sticky/steady relationship.

Whether it be at a conference or a workshop, attendees don’t get to know each other, let alone connect with those who make up Microsoft. The conversations and interactions rarely lead to anything more, once it’s all said and done.

Now, imagine if at these events, Microsoft were to be purposeful in identifying individuals/groups who are passionate and skilled/talented in developing for/building on Microsoft platforms.

What if, when the event comes to an end, the local Microsoft office were to follow up with those identified and offer to work alongside them to help them bring their apps/solutions to life?

What if Microsoft were to allocate resources and offer support locally to these individuals/groups to help them succeed?

What if Microsoft were to mentor these individuals/teams for a certain period of time. without them having to leave their locale, until their apps/solutions were released?

Microsoft would get their unique apps/solutions and the groups/individuals would have their dreams realised: everyone wins!

Now, you may be arguing that Microsoft has a few programs in place that already does this. I will agree with you to the extent that similar opportunities are available in a few places around the world, but not everywhere.

Microsoft Innovation Centre in Queensland comes to mind when I think about something that is available where I live. I’m also reminded of AppCampus, though that program is particularly for Windows Phone apps. BizSpark is another program aimed at helping startups. As great as these programs are, each has it’s limitations. There isn’t an innovation centre everywhere, not everyone can travel to Finland as part of AppCampus and BizSpark is for startups, not individuals.

What I’m proposing is that Microsoft create something unique that blends the best features of all the programs I mentioned above.

[box]This is what I had in mind when I created the “Dream. Design. Develop. Deliver.” meetup in Brisbane. I was hoping that Microsoft would take a keen interest in the group and encourage/motivate us to really create/innovate. Unfortunately, that didn’t happen or has yet to happen. Of course, I haven’t given up hope.[/box]

I have only shared a brief outline of what I have in mind, but hopefully, it’s enough to give you an idea of what I’m thinking Microsoft could do. I understand and recognise that there are many details and nuances that would have to be worked out to make such a program, a success.

Outsourcing the creation of apps isn’t itself a crime, but when the same app is released many times over to inflate the numbers, there’s something very wrong and there is a need for change!

If a fraction of the $900 million that was written off, were to be invested in a program like the one I described, imagine what could happen?

Imagine if this were to happen at hundreds of locations around the world?

Imagine all the original/unique apps that would come to life and how much richer the Windows 8 Store would be?

I don’t know if the decision makers and powers that be at Microsoft, will ever come across this post, let alone give such an idea, a second thought.

I understand that Microsoft doesn’t have all the resources in the world to dedicate it such a venture.

There are limitations and there will be roadblocks, but they can be overcome!

With careful planning and patient execution, anything is possible.

I have shared my thoughts and put it out there.

What do you think?

Is it worth the time/effort/money/end result for Microsoft to build a better, stronger and more long term relationships with individuals/groups in the local community?